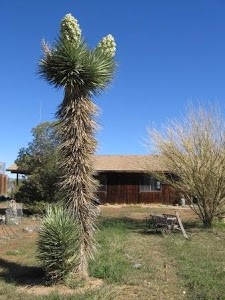 It was a dark and stormy morning… No, Really! And my dogs howled and barked and carried on so loudly that at 5:15 it seemed like the end of the world would happen any second. Something prowled outside the fence, and it was frightening my dogs. I wandered to the dark kitchen, watching the rain beat against the window. It couldn’t be coyotes. Even they didn’t like hunting in the rain at 5 a.m.

As I got a better idea what was happening, the dogs continued their constant barking. This was not their typical “bunny-in-the-yard” bark. They sounded scared and defensive. I peered through the kitchen window and a large, white body glistened in the half hazy dawn. I stared at it for a long moment until my eyes focused on two beady eyes.

I even backed away. Then a huge pink snout poked through the cat door in the wall next to me. That was a clincher — I realized an escapee had come to The Rusty Bucket Ranch. It wasn’t my hog, so I called my next door neighbor, apologized for calling so early, and asked if they knew anyone raising a hog. Yes! His son down the road was fattening up a white Duroc. Aha! Mystery solved.

How Do You Get a Hog to Follow You?

First, you get dressed warmly because the early morning rain was nearly sleet and driving hard from the north. I bundled up, grabbed a few handfuls of dog cereal and tossed them into a metal bowl. Any pig worth his weight would come running to a promise of food in a rattle-rattle bowl. I was right. On the first rattle, the 100 pound hog was at my front door snuffling and waiting for food.

He seemed nice enough. He followed me out across the yard and back to the empty horse corrals. I knew these old pens would come in handy again. “Piggy” followed me like dog. By the time I reached the corral gate, the owner and his daughter arrived with their own rattle-rattle bowl. I told them the hog would be safe until daylight. They promised to be back soon. They also promised a BBQ pork sandwich when the time came.

BBQ on the Hoof

Once the storm dissipated, they returned in their pickup truck to escort the escapee back to his own pen. “Miss Pinky” followed faithfully the promise of food, and I watched from my window as a little girl, bundled up and sitting on the tailgate, rattled her bowl all the way home. Not quite the nursery rhyme… but you get the idea.

I perked some coffee and sat in the recliner letting the steam warm up my still chilly nose. The storm continued as the sun rose higher but, it came to me that so many strays arrive at the ranch … and I’m warmly encouraged and greatly entertained to know I have “the beacon” flashing above my roof. 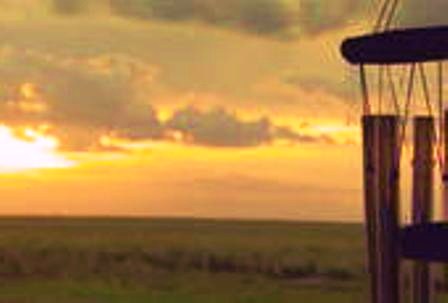 Early years on the ranch were full of open-eyed excitement for my young daughter. She wanted to know how everything worked: from cocoons to wasps, bat to lizards. Everything was a potential science lab experiment. I must admit my own mom was never very good around icky things. Squeamish was the word for it. She…